THE TIMES THEY ARE A-CHANGIN 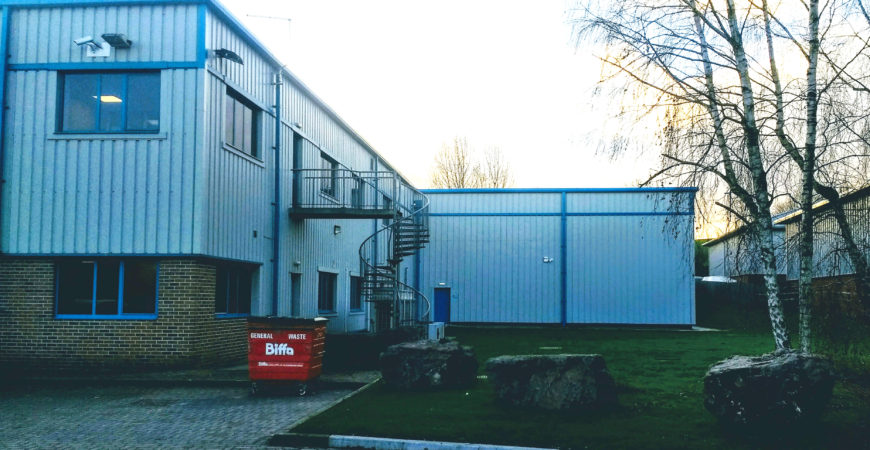 Our client was looking to assist their tenant who needed extra warehouse space. We had previously acted for the tenant and were still engaged by them on an adjoining site. With this level of trust between the parties we were appointed to develop an affordable scheme in the earliest possible time frame.

The existing site had a small parcel of land to one side that would be large enough for the extension except that it was steeply banked and had neighbouring buildings on the top. Our site investigation confirmed this to be natural ground.

Whilst the tenant needed warehouse space our client wanted flexibility so that the extension would be suitable for industrial as well as warehouse use and could be occupied separately and further extended in the future, if necessary. One further requirement was the tenant’s existing space could not be disturbed during the build period other than for a brief time at the very end.

Working closely with the client and tenant we prepared initial designs, budget estimates and a draft programme that delivered the brief. We then obtained planning permission and prepared the ‘Employer’s Requirements’ so as to tender the project on a design and build basis. The successful contractor was Calco Construction of Newbury.

Although working on a very restricted site and mostly at the wrong time of year, with at times atrocious weather that had the potential to cause delay; the project team, consisting of the client, tenant, Calco and ourselves was able to deliver the completed extension two weeks ahead of time, under budget and without disruption to the existing site operations.